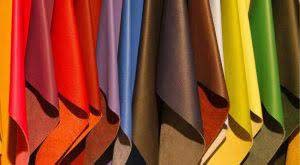 History of leather industry in Iran

Iran's leather industry is one of the magnificent industries of several thousand years in the country and has a long history.

One of those glorious industries that has existed for thousands of years is the leather industry. Leather has played a relatively constant role in Iranian life and tribes, sometimes used in clothing, especially the shoes of hunters and warriors, sometimes for animal harnesses, sometimes It was also sometimes used to make dishes in rituals and ceremonies due to its unique decorations and charm.

Iranians with a history of three thousand years are the first and oldest leather producers in the world.

Remains of the BC period show that the Persians used leather for clothing, shoes and weapons for about 1500 years.

They used leather for clothing and armor from 550 BC. Iran is one of the top countries in the world in terms of leather production and export of semi-finished products.

Iran is one of the suppliers of light leather in the world due to the number of raw skins and the quality of the skin.

And by using technical knowledge and importing machines from Italy, we set up a production line.

Now we have more than 3,000,000 pcs of production and export to different countries annually, which are packaged in pallets or bags and exported according to the buyer's request.